Overcooked is a chaotic couch co-op cooking game for one to four players. Working as a team, you and your fellow chefs must prepare, cook and serve up a variety of tasty orders before the baying customers storm out in a huff. There isn’t room for error.

While it’s fun and entertains, cooking-themed games are rare to find nowadays. That’s where the Overcooked step in and treat you crazy taste. I’m serious about crazy! As a chef, players will have to undergo a harsh practice to become the master chef and save their kingdom from an ancient edible evil which plagues the land. 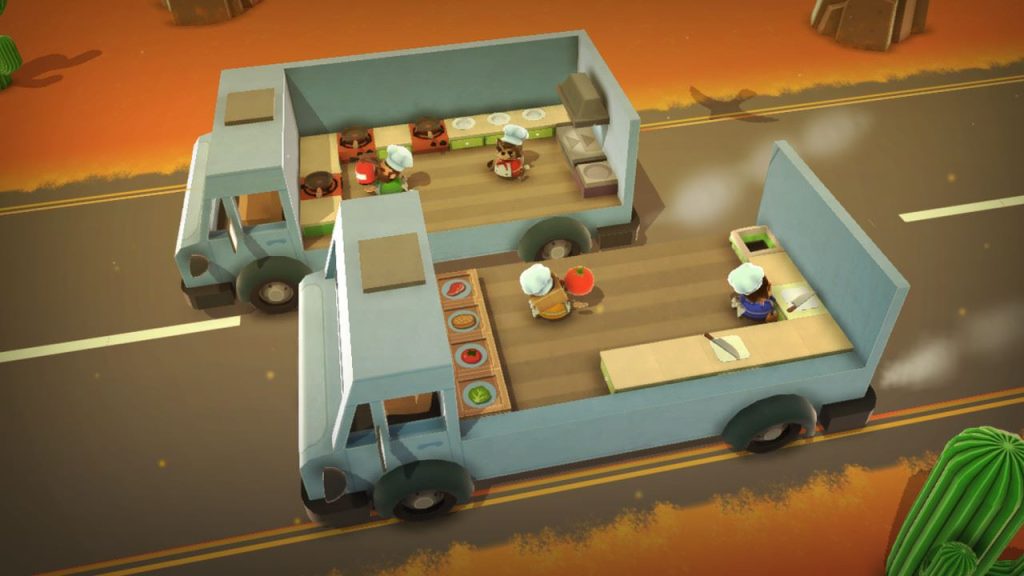 Overcooked is a two-person studio’s game. The cooking-themed is the idea from one of them, who happens to be a chef in his past job. But Overcooked is definitely not like any game you have ever played, especially solo. It’s much more chaotic and yet too hard for that. I suggest you play with other ones, especially Nintendo Switch version includes every single paid DLC from other platforms. It’s a pretty good couch co-op game for a crash party with friends.

The game has simple gameplay but not the experience. That’s what I like couch co-op games for having fun with my family or friends. The control is simple enough for any kid to join. They love when the benches catch fire. They think it is hilarious that the whole kitchen gets torched. Even watching other people play is great too. It’s easy to learn but hard to master and enjoyable for any kind of player. While making a dish sounds easy enough but wrong! It’s just a beginning of the chaotic part of the game.

Interesting, the game only guides you to basic gameplay, and how to make use of it is your job to do. I like the way the developer designs the game, you have to think of a new strategy on each level instead of taking advantage of the old one by learning its pattern. This kind of design forces the player to actively fit in changing situations the game throwing at you to make the work smoothly, and that is not as easy as you might think.

Cooking never been chaotic like that. If you have enough players, it’s ideal to have a character take care of chopping, another one cook, while the rest wash the dirty dishes and serve. But lacking players will make you do people’s work by yourself. This is where the game has gone crazy. Even the level design is adding insult to injury for that chaos. Quite a headache. 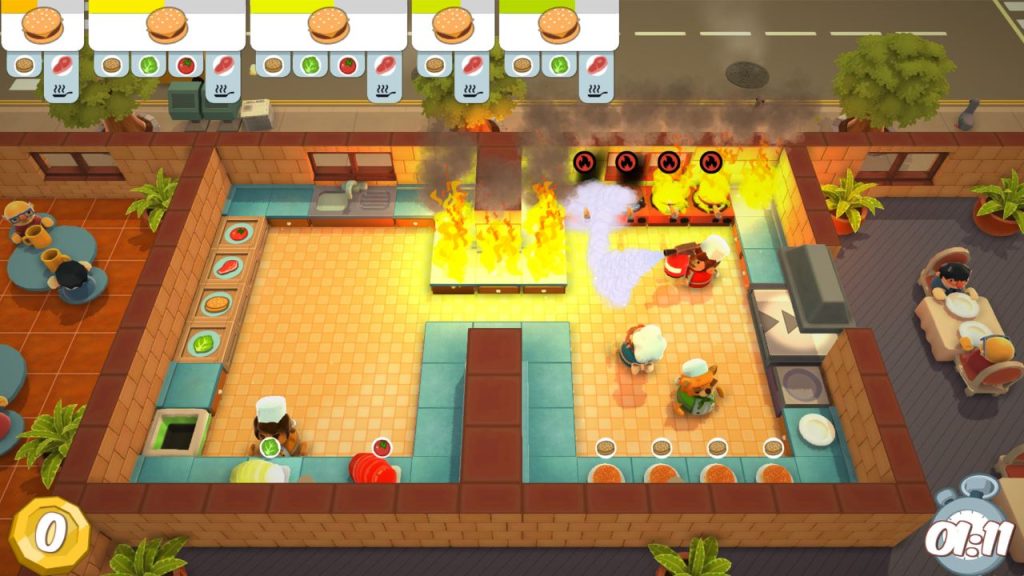 Its gameplay requires you and everyone to change their roles in-turn, to actively solve the problem as quickly as possible. Later levels are more chaos and undoubtedly increasingly challenging. But it’s quite humorous, you can’t stop laughing out loud often. Overcooked has the best level designs to bring in the excitement, from the chilling one you have to cross the frozen rivers to cook to the hot lava one with crazy heat. They are all insane and fun to enjoy.

In conclusion, Overcooked is definitely cannot be missed if you want to find an experience of chaos and joy at the same time with your friends, family or loved ones. It’s a rare party game that let you have all the fun and crazy at the same time, depending on with who. The game is well designed, but may not suitable if you want to play solo as it would ruin all the fun you can get for playing with people! But beware, the game has highly co-operated. That’s the reason why players fight. It can hurt your relationship. Play with care.

Overcooked is available on Windows, PlayStation 4, Xbox One and Switch.