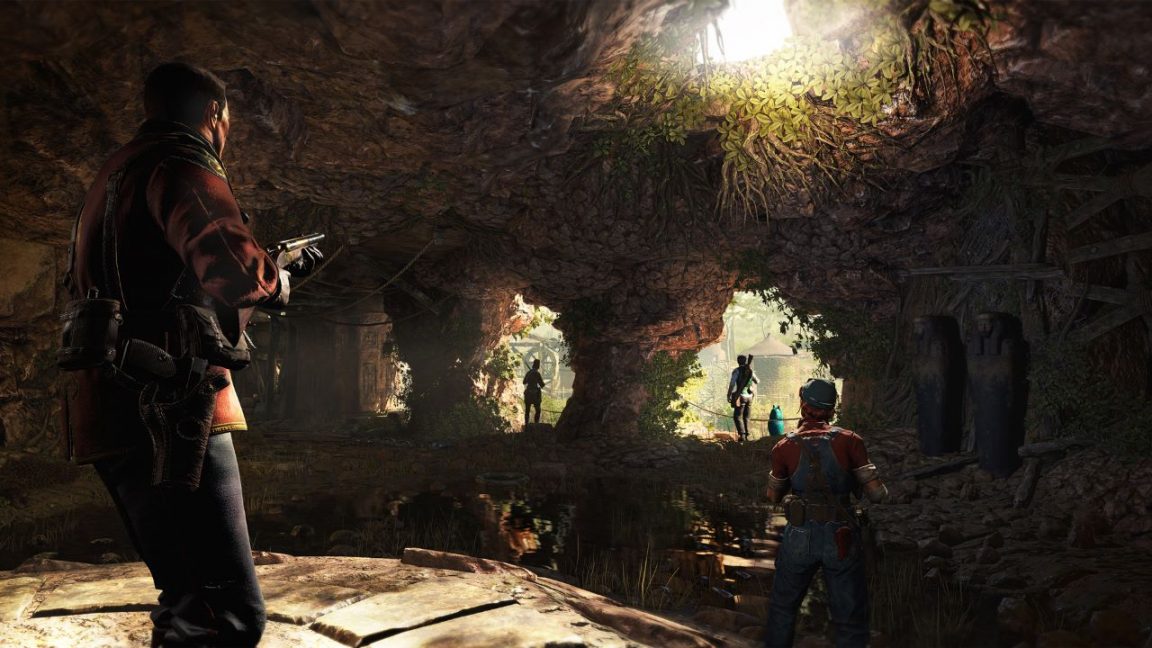 Strange Brigade is also the name of secret service of the British colonial government in game.

It was told that 4000 years ago, Sahara Africa is under the ruling of Seteki the Witch Queen. Unbearable for her brutal ruling, people overthrew Seteki throne and seal her forever in an unknown tomb. Unfortunately, archaeologist Edgar Harbin unexpectedly discovered the grave. He accidentally freed Seteki in 1930, threatening the destiny of the world. Strange Brigade call in four of their best secret agents to stop Seteki. You are one of them. Welcome to Egypt in the 1930s.

Strange Brigade had me laugh out loud when reading four agents’ profiles. There is one that catches my eyes: Frank Fairburne. If you don’t find his name familiar, then let me help you. Remember Karl Fairburne, Sniper Elite 4’s protagonist? According to their last name, they must have some relationship, even their faces look familiar to each other.

Two remaining agents, Professor Archimedes De Quincy and Nalangu Rushida, do not ring me any bell, unfortunately. I thought Professor Archimedes De Quincy should be reminiscent of Dr. Indiana Jones, but this is not the case since he has no bullwhip. However, if you pre-order or purchase the game within 30 days after release, you can unlock the fifth character Winston Bey explorer worth $7 in the form of free DLC.

From the first level, Strange Brigade remind me of Sniper Elite 4. It has an impressive open world environment, very detailed and beautiful graphics. Even the control reminds me of the Sniper Elite series too. However, some gameplay mechanics are dropped off to bring in a simpler experience, helping players focus on exploring and fighting in the game.

Enemy design is quite impressive, ranging from skeletons or mummies walking like zombies, those armored guards just like medieval walking sluggishness. Not to mention the “fire sprayed” guards can take your life very quickly when get caught. But most impressions are the bosses both tall like a skyscraper and big like a mountain in later levels.

Level design is as impressive as well. Each level is very large, fit very well with co-op experience. Along the run, there will be a lot of traps for you to take advantage of. But beware, if you are not careful, those mini-bosses or bosses can destroy it, leaving you on your own with those hordes of mummies and skeletons everywhere, trying to beat you down.

If co-op is not your thing, you can enjoy solo too but it’s not recommended. The solo experience of the game is literally “alone in Egypt” fighting the enemies. There won’t be any AI to help or assist you like other games, you are on your own. Strange Brigade offers a better experience when playing co-op. Many players mean better cover each other.

In addition, its difficult is increase to the number of players. Not only there are more enemies, but some of the puzzles will be a little more complicated, requiring everyone involved to solve the puzzle rather than one. More than that, gold is not divided equally to everyone but belongs to the one who picks it up. Thing is, gold is quite important since it allows you to buy more “better” weapons with more gem slot for upgrade.

In contrast, the player’s character shares the same room of weapons. However, melee combat feel the same to all agents, although not all of them has melee skill as in their profile like Gracie. Her melee attack feels stronger and quicker, while the others take a little longer to make a blow, but this factor does not make a big difference between them in my experience. The biggest difference between them is how the Amulet system works.

The Amulet is an energy circle that players can fill it up by sucking enemy’ souls. When it’s full, you can launch a very powerful attack, most of which can kill enemies within range. However, in my opinion, it’s only useful when you play solo. Most co-op games, people’s firepower is too strong to make it necessary. On the other hand, it’s quite time-consuming to fill in Amulet power, make it not as effective as expected in the game.

Each character has their own set of skills for the Amulet, but not all are useful. Take Frank Fairburne, his first amulet power is to capture an enemy and throw it up to a group of enemies and boom. However, it is difficult to aim accurately. If you want to unlock more Amulet skills, you must find enough sets of relics hidden in each level. To open the doors to those, you will have to solve some light puzzle. They never too hard but some of them take a lot of time if you don’t know what to do. 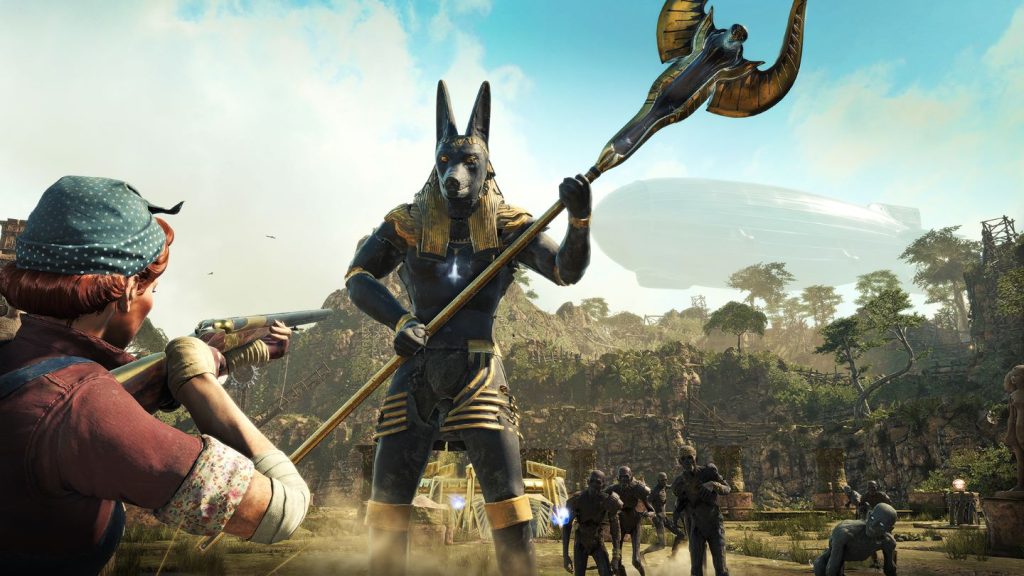 Just like Sniper Elite series, Strange Brigade offers a lot of collectibles for replay value. Most of them reward you for collecting a full set, just like how it rewards you the skill point for finding full relic set. This design is encouraging players to explore and hunt for items collected to receive bonuses. Besides Campaign mode, there are two other modes: Horde and Score Attack. The name says it all so I won’t talk any detail about it.

Unfortunately, Strange Brigade is not perfect either. The most annoying issue is that some boss battles later require players to shoot exactly right into their weaknesses. However, their weak point’s margin is small and the boss is moving a lot to take a hit. More than that, interaction always requires the character to stand at a certain angle or position to be able to make it, quite annoying. It’s really frustrating when ammunition refill take place and the battle is getting hot around.

Strange Brigade is a TPS game with interesting themes gameplay. At first, Strange Brigade actually felt like another Sniper Elite game but after the first level, this feeling completely disappeared. Aside from the familiar in the beginning and the humor of the narrator might annoying some players, everything else has been designed pretty good just as I expected from Sniper Elite’s developer. Buy it if you want a fun co-op experience, but the solo won’t get you that fun.

Strange Brigade is out now on Windows, PlayStation 4 and Xbox One.