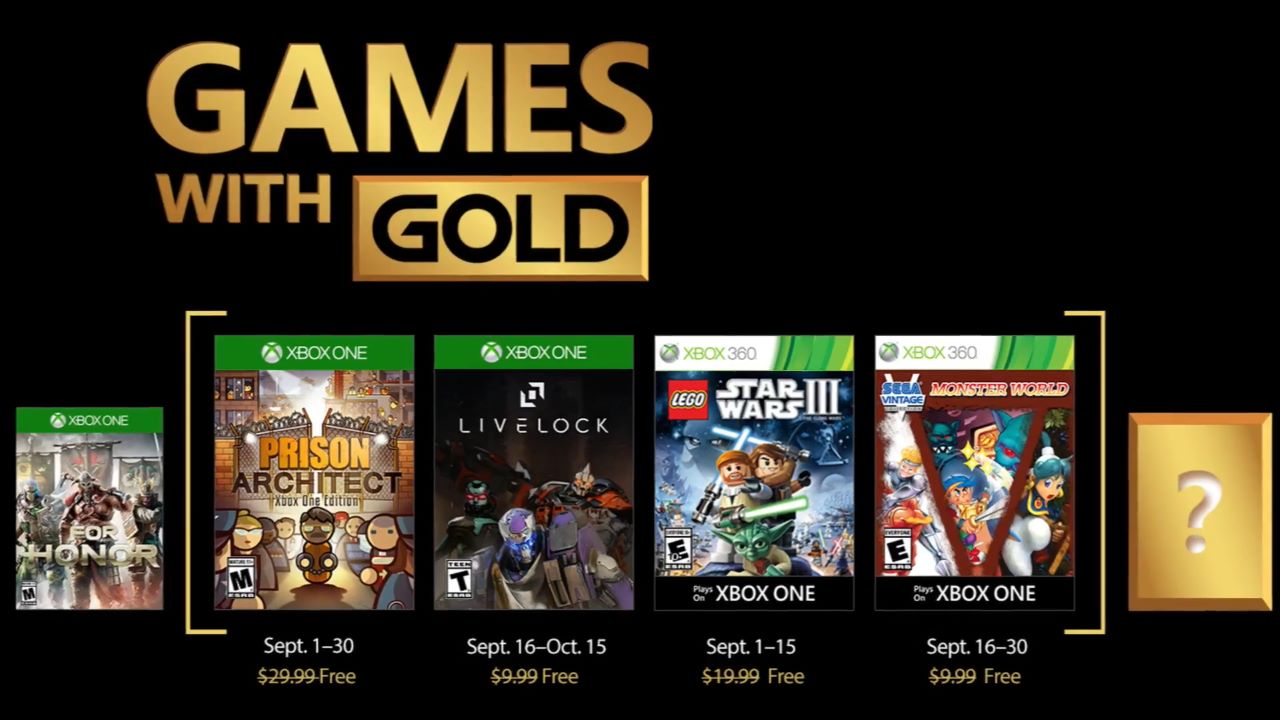 Microsoft announced the Games with Gold for September 2018 for Xbox Live Gold members.

If you’re a Xbox Live Gold member, as long as you claim them within the specified dates, those free games will be yours to play whenever your Xbox Live Gold subscriptiion is active. But if you cancel it, you will lose your Xbox One games. However, Xbox 360 games are yours to keep and they are all backward compatible too.

Let’s see what available for free next month:

Take control of the building and running of a maximum security prison as the critically acclaimed lock-em-up arrives on Xbox One!

In Prison Architect you will see the impact of your grand design on the lives of your inmates; be it a utopic centre for rehabilitation, a brutal Super Max Prison or anything in between. Even when all of your prisoners’ needs are met, remember one thing – it’s still a prison and no one really wants to be there.

Livelock is a co-operative top-down shooter where you play solo or with up to two allies to break the cycle of infinite war between machines. As one of the remaining Capital Intellects, your role is to unlock Eden and revive humanity.

Laugh your way through an all-new story that takes you through 16 different systems and experience brand new features like massive ground battles, boss fights, and multi-layered space combat. Expanded Force abilities, brand new weapons, characters, environments, and over 20 story-based missions make this the most action-packed LEGO game to date!

Don’t forget it’s not too late to claim Forza Horizon 2 Standard – 10th Anniversary Edition (Xbox One) and Disney Epic Mickey 2: The Power of Two (Xbox 360) from Games with Gold for August. And For Honor Standard Edition (Xbox One) is waiting for you to claim until September 15, too. That’s it for September! Have fun gaming!

Continue Reading
You may also like...
Related Topics:Games with Gold, Xbox Live Gold